Survivor details cancer ordeal that a vaccine can now prevent 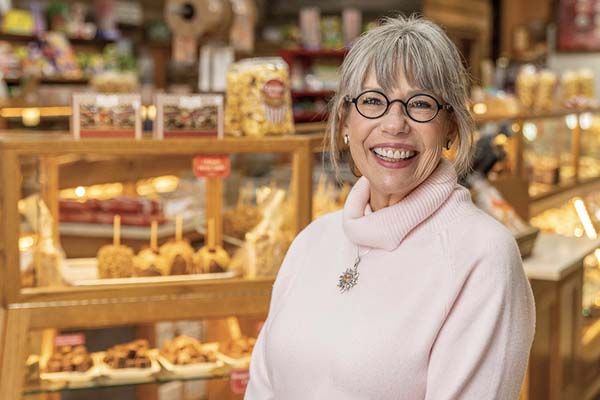 Betsy Williams has firsthand advice for parents on the fence about whether their adolescent children should be vaccinated for the common human papilloma virus (HPV), which can lead to six types of cancer.

Don’t hesitate. Do it.

Williams, 62, was diagnosed with an HPV-linked head and neck cancer in January 2018. After surgery to remove the cancer from the base of her tongue and 30 surrounding lymph nodes, she endured six weeks of “extraordinarily painful and exhausting” radiation.

The treatment and recovery robbed Williams of the joy that flowed abundantly through her life. The side effects of the radiation were so ghastly that she considered stopping treatment.

“I don’t know of any adverse effects of the vaccine, but I certainly experienced what can happen when you don’t have it,” she said.

HPV infections, which the Centers for Disease Control and Prevention estimates infect nearly 80 million Americans, can cause cancers of the cervix, vagina and vulva in women; penis in men; and anus, back of the throat, base of the tongue and tonsils in both men and women.

The HPV vaccine, which became available in 2006, protects girls and boys from HPV and is best given at ages 11 or 12. The vaccine series is given as two shots, six to 12 months apart, or three shots if started after age 15.  For the HPV vaccine to be most effective, the series should be given prior to exposure to HPV.

Williams, who owns a vacation rental business in Nashville, is affiliated with Savannah’s Candy Kitchen and works part-time with the Nashville Chamber’s Economic Development Team, noticed a lump in her neck after a respiratory infection in December 2017. After a round of high-powered and ineffective antibiotics and several doctors’ visits, she was diagnosed with a tumor originating on the base of her tongue.

Her surgeon, Kyle Mannion, MD, assistant professor of Otolaryngology at Vanderbilt University Medical Center (VUMC), removed the 1.2 cm squamous cell cancer from her tongue (HPV-16 positive) and after three lymph nodes showed involvement, removed 30 lymph nodes from the left side of her neck.

Her treatment plan: 30 rounds of radiation and six rounds of chemotherapy (Taxol and carboplatin), starting 39 days after the surgery. The side effects included swelling, bleeding, loss of taste and appetite, depression, blistering in her throat and on her neck, burning pain in her shoulder and arm from the surgery and mucositis, a painful and annoying plague of phlegm and mucous.

Halfway through the treatments, she considered stopping. “I had to steel myself to stand up, act like a grown-up and play the cards I had been dealt,” she recalls.

Toward the end of her sixth week of treatment, she was tolerating the treatments well, but “radiation is the gift that keeps on giving,” as she continued to burn  inside and outside.

With persistent research Williams and her wife, Kim Madlom, navigated a complicated system of medications and therapies to help her tolerate the radiation. She declined a feeding tube that many patients with head and neck cancers require. Her recovery was slow and painful, and just this year she started feeling like herself again.

Williams said she is forever grateful for the outstanding work of VUMC’s surgical, oncology and radiation teams. “I would not be where I am without their valuable knowledge and ability.”

Unfortunately, the HPV vaccine had a less than ideal introduction, and a great deal of misinformation persists on the internet, said Pamela Hull, PhD, associate director for Community Outreach and Engagement at Vanderbilt-Ingram Cancer Center.

Since 2006, legislators in at least 42 states and territories have introduced legislation to require the HPV vaccine, fund the vaccine or educate the public or school children about it. Four jurisdictions currently require HPV vaccines for school attendance: Rhode Island, Virginia, District of Columbia and the U.S. territory, Puerto Rico. 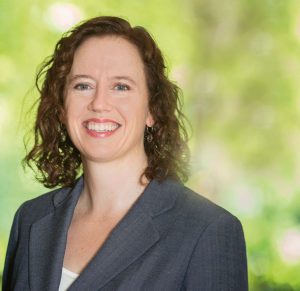 “It’s not a good idea to mandate a vaccine right after it’s first approved. It got negative press from the beginning,” said Hull, assistant professor of Medicine in the Division of Epidemiology. “We’ve done a lot of research with parents about the vaccine and we’ve learned that all parents want to protect their children from harm. Parents often go on the internet to look for information about the HPV vaccine, but unfortunately there’s a lot of bad, incorrect information that appeals to the emotions of parents by blaming the vaccine for health problems that sometimes show up during adolescence or implying that the vaccine promotes promiscuity.”

“The fact that HPV is a sexually transmitted disease is a factor for some people,” Hull said. It makes some parents uncomfortable and makes them want to delay the vaccine. Some think ‘there’s no way my child needs this. They won’t be sexually active until they’re married.’ But they need the vaccine early to build up the immunity.”

Tennessee remains in the bottom rung of states of adolescents receiving the vaccine, with 62% receiving all HPV vaccine doses.

Hull said that one of the barriers to children getting vaccinated is how some physicians and health care providers present the vaccine.

“The most important reasons why parents decide to have their child vaccinated is whether the doctor recommends it and how strongly they recommend it,” she said. “Some doctors won’t bring it up unless parents ask, or they wait until the patient is older and don’t recommend it on time. What’s more common is they’ll give the recommendation but will treat it differently than other vaccines.

“This could unintentionally give parents the false impression that HPV vaccine is something they need to worry about, when in fact the HPV vaccine is just as safe as other vaccines,” Hull said.

Providers also get busy, and recommending the HPV vaccine slips through the cracks, she said.

To help combat that, Hull and colleagues are three years into a five-year study focused on increasing HPV vaccination rates among adolescents.

The team is collaborating with the Cumberland Pediatric Foundation (CPF) on an NIH-funded study with 21 CPF-community-based pediatric practices in Middle Tennessee to compare the clinical and cost effectiveness of two approaches to delivering quality improvement coaching focused on HPV vaccination. They are comparing a web-based versus in-person coaching approach.

The in-person coach travels to half of the pediatric practices to train health care providers and staff on strategies they can use to increase vaccination and how to most effectively offer the HPV vaccine to patients. The second method, launched in the other half of practices in the study, uses a web-based version providing the same training. The clinic’s HPV vaccination rates will be measured when the study is complete.

“From the front desk to the doctor, everybody needs to be on the same page,” Hull said. “The message needs to be ‘we think this is important for your child and we think they should get it.’”

Her ultimate hope: “I think HPV vaccine will eventually catch up to the other vaccines and then we’ll move on to other cancer prevention efforts, but this is a unique opportunity to prevent cancer.”

Virtually all cervical cancers are caused by HPV. Health care providers can find and remove most precancerous cells in the cervix before they develop into cancer due to routine Pap screenings. Because of that, cervical cancer rates in the United States are decreasing.

“This is a very curable cancer when found early, as are most cancers,” said Marta Crispens, MD, professor of Obstetrics and Gynecology.

Crispens calls the short length of time between the discovery that HPV caused cervical cancer and the approval of a vaccine to prevent it “amazing.”

“In 1983 German physician Harald zur Hausen found that two HPV strains, HPV-16 and HPV-18, caused cervical cancer in women. We go from that to 25 years later having a vaccine approved to prevent it. That’s an absolute triumph of translational science.”

Crispens said there are still a small portion of cervical cancers linked to strains of HPV not covered by the vaccine. So, there’s still a risk that a vaccinated woman can be infected by the HPV virus and get cervical dysplasia and subsequently cancer. Because of that, it’s very important that vaccinated women realize they still need to follow cervical cancer screening guidelines. Having the vaccine isn’t a reason not to get your Pap test,” she said.

The HPV vaccine is a politically charged topic, Crispens said, but from a public health perspective, it’s clear. In Australia, where the vaccine is part of their routine vaccination series, they estimate they are on track to eliminate cervical cancer — reducing mortality from the disease to less than one death per 100,000 women by 2034.

Time is a healer

Williams and Madlom spent three weeks in Italy in September and October hiking and relaxing. (The couple had to cancel a hiking trip to Prague and Vienna in April 2018 because Williams hadn’t recovered her stamina from the grueling cancer treatments. They opted for a quieter trip to France in the fall of 2018.)

It’s taken Williams a while to let go of the psychological turmoil of battling cancer. “I was pissed off when this happened. It took me awhile to get back to gratefulness.”

She recalls a conversation with her sister who told Williams she must be grateful to have the surgery and treatments behind her.

“I told her that it’s not fair (having cancer) and that I wasn’t grateful worth a flip,” she recalls, mentioning the continuing side effects that she is experiencing — diminished taste and hearing and possible issues with her teeth. And she knows there are no guarantees for her future. “It doesn’t work out for everyone, and it may not for me. This may happen again,” she said.

But time is a healer and gratefulness has returned.

“I have a great life. Kim and I have a great relationship. Her never-ceasing care and concern for my well-being and her love for me have carried me through the most difficult challenges. I’m a happy person with friends that I love, and I live in a town I adore. I’m back to grateful.”