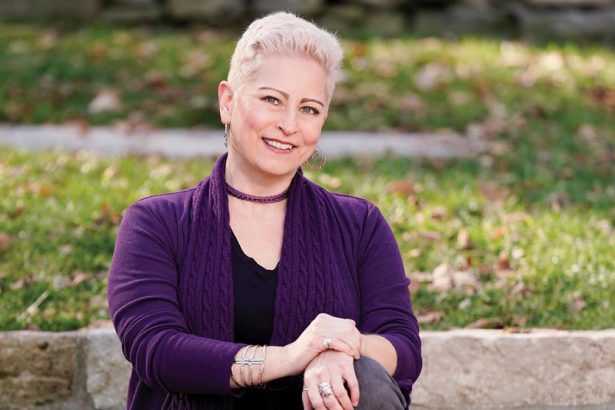 The year 2020 was difficult for everyone: the beginning of the years of COVID, the majority of office workers sent home to work — me included. I was three years into my second marriage, well past the honeymoon phase, and the stress fractures of our relationship became compound fractures during COVID. During the marriage, my relationship with my then 18-year-old daughter from my first marriage became very strained, and we went through the first two years of the second marriage barely speaking. I was miserable in my marriage; I missed my daughter, Keigan. I was overweight, inactive and just generally not in the best health.

In May 2020, I found a lump in my breast. I cried. By June, it was diagnosed as breast cancer, triple positive, stage 1A. While getting this cancer diagnosis was devastating, it also became an opportunity. Suddenly, the cancer gave me clarity. It gave me clarity about what was important, what was good in my life, what was toxic in my life, and what I needed to do. The clarity became a blessing. My next blessing was that my sister, Beth Higgins Jones, who has worked for Vanderbilt-Ingram Cancer Center for the last 17 years raising money for research, introduced me to Dr. Ben Park, who would become my oncologist. He along with Dr. Dan Beauchamp and Dr. Megan Vucovich were my dream team. Another blessing is that my cancer diagnosis created a change in my relationship with my daughter, Keigan, and she came to Maryland where I was living with my husband and later to Nashville where I began my treatment. She came to help care for me, but it was more than just being a nurse…we were reconnecting!

I made the decision to go to Vanderbilt and Nashville to live with my sister, Beth, and her family for the eight-month duration of my treatment and care. That decision meant a separation from my husband that would lead toward a divorce that I had known was imminent, but I didn’t know how to make that leap until my cancer gave me the clarity to do it. This was yet another blessing.

My initial diagnosis came with the recommended treatment of a lumpectomy, lymph node biopsy, chemotherapy and possible radiation. What followed was an additional diagnosis of Paget’s disease which meant a mastectomy. That was the second time I cried. I had prepared myself for a lumpectomy —even chemotherapy and the possibility of losing my long locks — but not my entire breast and nipple. I talked with people, did some research, and learned about DIEP Flap, where surgeons take tissue from other parts of your body and use it for the reconstructive surgery. However, this can be done only once. I decided if I’m losing one breast I might as well have them take both and do the DIEP Flap rather than get inserts which must be changed out every 10-12 years. After a special MRI, my care team found I qualified for the DIEP Flap surgery, which was a blessing!

Suddenly, everything was becoming laser focused. My cancer was giving me clarity and lifting me out of the unhealthy physical, emotional and spiritual fog I had been in for at least the last two years. I was in a supportive environment surrounded by family and friends. My work and insurance were going to allow me extended medical leave with a mixture of telework.

When I learned of the initial diagnosis, I decided to share this information with my friends on Facebook.  My post on Facebook was largely informative, positive, and ended with a message for everyone to perform self-checks (even men) since that is how I discovered my lump. Beth, would later phrase this as my “radical” approach: “radical” honesty, “radical” acceptance. What it really became was a way of controlling my narrative and embracing what I could control. Beth once again guided me toward using CaringBridge as a place to communicate with friends and journal my story. I would journal on CaringBridge at least once a week or as major things would occur. To journal in a public place didn’t just allow me to update friends and family; it became a place where I could reassure them that I was OK, that everything would be OK. And in reassuring them, it reassured me. Somehow all my stories were positive because in everything that was happening to me it was so easy to find a positive. I called it “Lemonade Logic” — you know, when someone gives you lemons you make lemonade. Using CaringBridge became another blessing.

In the months I lived with Beth, I was surrounded by a loving and caring environment. Almost every night together was a family dinner. Beth and I prepped food. Her husband, Brad, would grill the food, and we all ate together doing “Rose and Thorn” exercises, which is an exercise that prompts you to identify a positive moment in your day and a not-so-positive moment in your day. At dinner it was a way to generate conversation and share stories. I became even closer with Beth, and developed a friendship with her husband, Brad, and a closeness with my nephews that would never have been possible had I not gone to Vanderbilt-Ingram for my cancer treatment. Also, while living with the Joneses, I was adopted into their active lifestyle, walking and hiking. It was during these times that I was introduced to Percy Warner Park and would later come to go there on my own. It became an inspirational place for me, a place to move, to reflect and enjoy nature. My new love of walking and hiking is where I now find spiritual and physical solace, and this is a blessing.

Because Beth lives close to my mother and father who are in Jackson, Tennessee, I was able to see them several times during my stay with her. At times, I wasn’t sure whether this was more important for me or them. I love my parents dearly and have such a good relationship with them, but I also knew they had a certain fear about my cancer since it has already touched our family in many ways.

I met so many people and received so many random acts of kindness, including from Beth’s next door neighbor George Armistead III, also known as “Big George,” in Nashville. I met George one day walking the Jones’ dog, Beto. When I explained why I was staying with the Joneses, George immediately raised his hand and said, “cancer survivor.”  He next proceeded to invite me into his house, one, to give Beto treats and, two, to share with me his cancer albums. They were like my CaringBridge but in hard copy. George and I were like kindred spirits — focused on positivity, prayer and eating right!  What a blessing to have met George.

Another person I met was Sarah Price, owner and stylist at Urban Betty. I had been told that it is best to get your long hair cut short before beginning to lose it to chemo, that it was better to loose short clumps of hair than long ones. Sarah gave me a ‘do before I started chemo and said when I was ready to shave it down when it started falling out, she would be there for me. Exactly 21 days after my chemo started, I began losing clumps of hair in the shower. This didn’t make me sad; it made me frustrated. I wanted all or nothing and was sick of the hair being everywhere. I called Sarah, and she immediately got me in for an appointment. When she was done, there was a little stubble left, and she gave me a great wash and head/shoulder massage. (We cancer folks don’t do razors.) I went to pay her and my sister, Beth, said, “No, I got this” and Sarah said, “Neither one of you are getting this. It is a pleasure that you let me come on this journey with you.” OK, I didn’t cry as she shaved my head, but I sure did tear up at her kindness. When Beth and I decided to celebrate my baldness with a dinner out, we shared with our waitress why we were celebrating, and when we later received our bill, it was zero dollars. So two random acts of kindness in one night. What a blessing!

OK, not everything was sunshine and roses. Dealing with my husband while in Nashville was always difficult and stressful. However, I did begin to reconnect with many friends while in Nashville that gave me much emotional support. Hair loss . . . when they say total hair loss within 7-21 days, they aren’t kidding. When I began embracing my new baldness, I felt good doing so because my eyebrows and eyelashes still were able to define and frame my face. However, one week after I finished chemo I lost those as well, which led to a series of hilarious attempts at drawing on eyebrows that left me looking more like Groucho Marx and using magnetic lashes. One of the more serious downsides was after my DIEP Flap reconstructive surgery in January 2021. Six hours out of surgery, I began bleeding internally, and they had to take me back into surgery quickly to open me back up and stop the bleeding. Thankfully that went well.

One other downside is the guilt — guilt that I have been so blessed. I feel very selfish for feeling guilty that I have been so blessed when there are others who are not. Within the last month I have lost two cancer thrivers, Tonya Thomas and Chris Fox. We aren’t always cancer survivors, but we are always cancer thrivers as we pray, live, love and laugh through our disease. I have found continued strength in the example these two friends set, as well as those who continue to struggle. All of them are strong, wonderful, positive people, and I hope in this journey to my wellness that I can be half as strong as those whom we have lost or who still struggle with their wellness.

I dedicate this essay to Chris Fox and Tonya Thomas and wish so badly they could be here with me.

I am a better person today for what I have gone through. Cancer gave me clarity; cancer was my blessing.