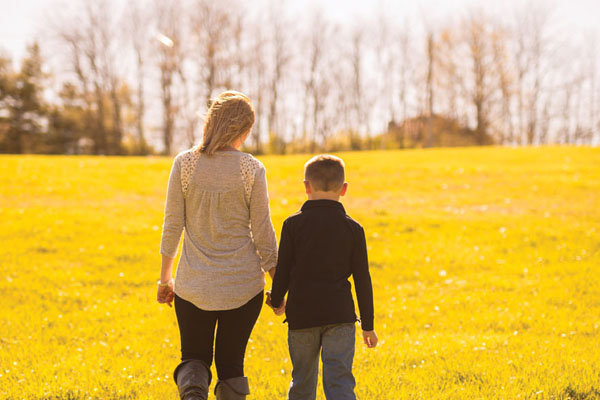 I was being nothing but vain and having a small mole removed from my face. Since the removal was for cosmetic reasons, my dermatologist didn’t measure the size or take pictures, but she did order a biopsy. Within three days I received the call that no one ever wants to get. The mole on my face was melanoma skin cancer.

My dermatologist said I needed to be at her office the very next day to have another full body check, and she also referred me to a cancer center in my home state of Kentucky where I became a patient within a week. After having a CT scan, PET scan, blood work, and many other tests, I was scheduled for surgery in less than three weeks. Going into the surgery, we didn’t know much except surgeons would be removing at least three inches of skin from my face and the area they were going to be doing surgery around was also the area that holds the main facial nerve.

I asked what my options were since it was possibly a very life-altering surgery. I was told I either could have the surgery or die. That made it a pretty simple decision.

The procedure on my face took a little over three hours, and the outcome was remarkable. Surgeons took lymph nodes that had been affected from my face, ear and neck, as well as removed about three-and-a-half inches of skin from my face. The recovery process was surprisingly easy, although it took lots of time, and my life continued as normal—or at least I thought it did.

In July of 2015, I began having a strange numbness in my right leg that was followed by headaches and then numbness in my left leg that was followed by more headaches. I figured it wasn’t much, but I contacted my oncologist who scheduled an appointment and decided to do a PET Scan and an MRI just to make sure everything looked OK. My insurance denied having both tests and told my doctor he could choose one. He chose the MRI, which came back with some surprising results.

It appeared I had not just one brain tumor. I had two! “Twenty-eight years old with two brain tumors, how did this happen?” I thought to myself, trying to digest the diagnosis. I had known only three people with brain tumors in my life: my grandmother whose tumor ended up being inoperable and caused her to never be the same again, my aunt and my stepmother, both of whom passed away very quickly.

After the MRI results came in, my insurance approved a PET scan. That scan indicated a tumor on my left ovary as well. This was the easiest tumor to remove, so doctors took it out first. Biopsy results showed it was a benign tumor. The good news was the melanoma had not spread to my pelvic area, but I was still left wondering about the brain tumors. My doctors advised me that the best option was to monitor the two brain tumors for growth over a three-month period because of the likelihood of them being benign based on their locations.

After three long months of wondering, the day arrived for my follow-up MRI. One of the tumors appeared to be stable with little or no growth, but the other one had ballooned to more than four times the size it was supposed to be in a much shorter time frame than expected. My oncologist said the melanoma must be spreading in my brain and there was no point for surgery. I transferred from doctor to doctor in that clinic and wound up back with my original oncologist. He laid it out for me, telling me that I could do gamma knife radiation treatment as another doctor had recommended but that would prolong my life for only five to 11 months.

I had made it to 29, but then I was told I would be lucky to make it to 30. I was a single mother with a 5-year-old son. Gage needed his mother. My parents needed their daughter. I felt like I had many more years of life left in me.

A friend had told me if I was ever not happy with the care I was receiving to let him know and he would help me find the best place to go for my medical condition. That’s how I found out about Vanderbilt-Ingram Cancer Center, where my second chance at life began.

My parents and I drove to Vanderbilt-Ingram, where we met with doctors and decided to go ahead with brain surgery, surgery that would last for 10 hours. This was the only way we could have answers to know what we were faced with. For the first time in months, we felt like we were on the right track.

On Nov. 23, 2015, the week of Thanksgiving, we were at Vanderbilt Hospital at 6 a.m. preparing for a very long day of surgery. I was faced with a lot of negative possible outcomes, including the loss of hearing and facial nerve damage, but I knew it was what had to be done.

As I woke up from my surgery, my mom saw me making the most awkward faces, she said. She was afraid something bad had happened during the surgery. All I was doing was making sure my facial nerves still worked. As I came out of sedation, we realized I had lost my hearing on the left side. The doctors said it may come back but only time would tell. I was blessed to be able to only stay a couple days and was released on Wednesday, Nov. 25, to be home for Thanksgiving with my son and my family.

About a week later, we got a call from Vanderbilt with the results. The tumor came back benign. I didn’t have only 5-11 months to live, but the tumor still had to be removed because it was growing so rapidly. My hearing never came back, and it has been a struggle to learn how to cope with that. I am now approaching my 32nd birthday. I was able to be the assistant coach for my son’s t-ball team this past fall.

To this day I wear a bracelet that my mom gave me when we first found out that I had melanoma. It says MOM on it. When she gave it to me, she told me to “keep my eye on the prize,” and that prize is every precious day I am still here to be a mother to my child.

The melanoma I had has shown no signs of coming back. Doctors at Vanderbilt continue to monitor the other tumor, which has not grown and is located on my pituitary gland, where doctors tell me cancer is unlikely.

I have some words of wisdom for anyone ever battling with cancer:

First of all, attitude is everything. Even in the darkest time, know you are working toward a bigger picture. Like my mom told me from the start, “keep your eye on the prize.” People used to ask me how I was telling my story with a smile on my face while I was facing something so terrible. I would tell them my other option was to sit at home and cry and that would get me nowhere.

Secondly, ALWAYS get a second opinion if you do not feel comfortable with initial results or a diagnosis. You know your body the best. Even when it doesn’t seem like you could ever make it work, financially, to have to travel, your life is worth more than any expense and everything will find a way to work out. Seek any form of help that anyone will offer. Don’t be too humble. Your life is precious.