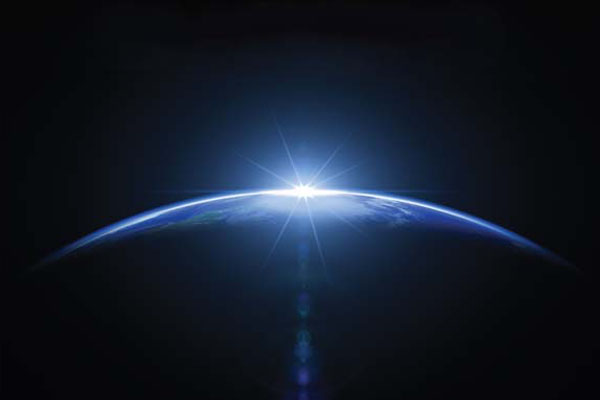 A biochemist pointed to a structure of a protein, one suspected of a link to pancreatic cancer, caught in the act of DNA replication.

The molecular images produced at the Vanderbilt Mass Spectrometry Research Center allow scientists to see proteins at precise moments and in complex associations with each other. Some of those proteins have never been studied before.

Jennifer Pietenpol, Ph.D., director of the Vanderbilt-Ingram Cancer Center (VICC), listened intently to the biochemist along with other scientists seated around a table. The reports and inquiries at this monthly meeting originate from VICC programs ranging from My Cancer Genome, the nation’s first web-based precision cancer medicine knowledge resource, to the Institute of Imaging Science, where technologies have been developed to better and more quickly monitor treatment responses to clinical trials.

These are the types of innovations integral to the Moonshot Initiative—an ambitious federal recommitment to curing cancer diseases. VICC is part of the launching pad for that mission.

Pietenpol, B.F. Byrd Jr. Professor of Oncology, will a have a seat at the table when the Blue Ribbon Panel for Vice President Joe Biden’s National Cancer Moonshot Initiative convenes. One of 28 members appointed in April to the newly formed panel, she comes to the committee representing the intellectual capacity, work ethic, philanthropic investment and support from faculty, staff, community partners and patients that have made VICC one of the nation’s top cancer centers.

“The Vice President’s National Cancer Moonshot Initiative provides a unique opportunity to focus on the most compelling scientific insights and to develop strategies that will accelerate our progress in developing new therapies for patients and prevention approaches for the population,” Pietenpol said.

The goals of the Moonshot Initiative include developing therapeutic cancer vaccines, devising highly sensitive approaches to early detection, advancing immunotherapy and combination therapies, enhancing data sharing, finding new approaches to the treatment of pediatric cancers and focusing on basic science through single-cell genomic profiling of cancer cells as well as cells in the tumor microenvironment.

For the loved ones we’ve all lost, for the families that we can still save, let’s make America the country that cures cancer once and for all.” – President Barack Obama, State of the Union Address, Jan. 12, 2016

The panel is composed of individuals affiliated with hospitals and cancer research centers as well as representatives of cancer advocacy groups, pharmaceutical companies and biotechnology companies.

“I look forward to working with this panel and many others involved with the Moonshot to make unprecedented improvements in prevention, diagnosis and treatment of cancer,” Biden said in announcing the panel members.

Biden called for the initiative in October 2015 when he announced that he would not run for president but would instead pursue the cause to cure cancer. His son, Beau Biden, had died a few months earlier of brain cancer at age 46.

This is our moonshot. I know that we can help solidify a genuine global commitment to end cancer as we know it today — and inspire a new generation of scientists to pursue new discoveries and the bounds of human endeavor. That is the history of the journey of this country. If there’s one word that defines who we are as Americans, it’s possibility. These are the moments when we show up. We must move forward, right now. I know we can.” – Vice President Joe Biden

President Obama followed through in January by embracing the Moonshot Initiative during the State of the Union Speech. His administration launched the initiative with $1 billion in funding.

The Blue Ribbon Panel, which will solicit public input, is expected to deliver its recommendations this summer. A final report by the White House Cancer Moonshot Task Force, chaired by Biden, will be presented to President Obama by Dec. 31.

“Thanks to advances in science, we are now in a historically unique position to make profound improvements in the way we treat, detect and prevent cancer,” said Francis S. Collins, M.D., Ph.D., director of the National Institutes of Health. “The Vice President’s deep personal commitment to this noble cause will make a tremendous difference in our ability to lift the terrible burden of cancer. His call to action, including the establishment of this panel, comes at just the right time for all the right reasons.”

“The increased investment in cancer research has inarguably led to a much better understanding of the disease—or as we know now—the vast array of diseases that the word ‘cancer’ comprises,” Pietenpol said.

About the National Cancer Moonshot

This year, more than 1.6 million new cases of cancer will be diagnosed, and cancer will kill an estimated 600,000 Americans.

In her research, Pietenpol focuses on the p53 family of proteins and breast cancer, especially triple-negative breast cancer, which is one of the more difficult-to-treat forms of the disease.

While there have been advances in the treatment of some cancers, researchers are still trying to lower the death rates of other cancers. Death rates for pancreatic cancer and liver cancer actually increased from 2003 to 2012, according to the Annual Report to the Nation on the Status of Cancer, which was released in March. The cancer community has yet to make any substantive progress on pancreatic cancer, Pietenpol said.

Mortality rates for patients with breast cancer, lung cancer and other forms of the disease can vary depending on their tumor genetic profiles. The cells within a tumor can have distinct differences in gene expression, growth patterns and metastatic potential. This heterogeneity within tumors is a reason why cancer drugs often stop working. The Moonshot Initiative seeks to propel the development of new therapies, such as immunotherapy and precision medicine, that are proving to be much more effective for previously treatment-resistant cancers.

“Our culture and spirit of collaboration have allowed us to discover and implement new approaches,” Pietenpol said. “For some patients, we have delivered ‘the moonshot’ on an individual basis—a durable remission or perhaps even a cure.”