VICC Momentum >&nbspWade Hayes: In His Own Words

Wade Hayes: In His Own Words 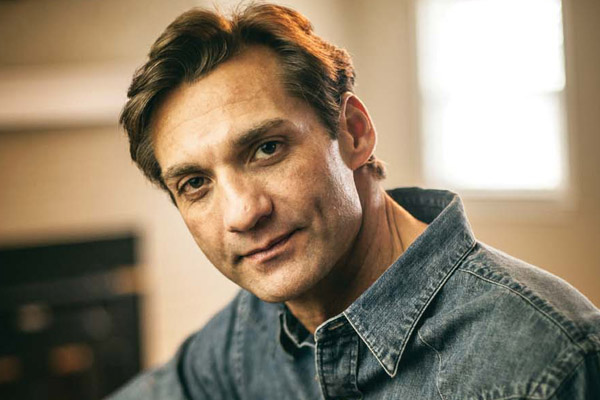 My name is Wade Hayes. I am a singer/songwriter/ musician here in Nashville. I can now add colon cancer survivor to my resume.

I started this journey back in 2011. I had been experiencing symptoms for a few years such as minor bleeding and lethargy. I attributed my symptoms to heavy weightlifting and a hectic and at times unhealthy lifestyle. I was working out a lot and was in very good physical condition, I thought. I even spoke to a doctor about my symptoms, and cancer wasn’t even a consideration to him. I was 42, in good shape, and had no known family history.

One evening in October 2011, my symptoms came to an apex. I was at my kitchen bar, and I doubled over in pain. I also began bleeding quite a bit. It seemed as though I had ingested a piece of glass.

I had a flight the next morning to Houston for a show, and I really had no idea how I was going to make it. The pain had subsided a bit by the next morning, so I decided to go ahead and take the flight. I performed that night, but was in some discomfort.

I made it back home just fine and immediately made an appointment to see my doctor. Upon hearing my symptoms he made an appointment for me to get a colonoscopy. This was done in mid November. After finding a large mass in my large intestine, I will never forget hearing the words that have changed my life forever: “Mr. Hayes, you have cancer.”

I then began taking other tests and found out not only did I have colon cancer, but it had also spread to a great deal of my liver. I was diagnosed with Stage IV colon cancer.

At this point, I have to mention a friend of mine, whom I’m forever indebted to. (Country music entertainer) Kix Brooks heard from a mutual friend of ours my diagnosis. He immediately took steps to get me into Vanderbilt. I am convinced my story would not have turned out this well had he not reached out.

I then met my oncologist Jordan Berlin (M.D., Ingram Professor of Cancer Research and Clinical Director of the GI Oncology Program), and my surgeon Nipun Merchant (M.D., professor of Surgical Oncology). As we were getting a plan of attack together, the pain and bleeding came back worse than before. I had taken a scan earlier that day, and coincidentally the doctor who had taken the scan called me at home about that time and said, “You need to get to the hospital.” I ask him if he meant make an appointment? He said, “No, get to the emergency room right now!”

Turned out the thing that got this whole ride in motion was a very serious condition called intussusception. This is where the large intestine telescopes into itself, cutting off the blood supply. It can be deadly.

I spent all of the night before Thanksgiving and that morning in the emergency room at Vandy. We were waiting and hoping the condition would subside like it did before. It finally did and I got to go home early that morning.

Is It Already Time

With this condition, we no longer had the option of shrinking the tumors before surgery. We were in a bit of a crisis mode now. So on Dec. 8, 2011, Dr. Merchant performed nothing short of a miracle. He removed 20-plus inches of my large intestine, 60-75 percent of my liver, and a small portion of my diaphragm. I was told they came out of my surgery high fiving each other!

I then started my chemo under the care of Dr. Berlin and nurse practitioner Jayme Flynn. Chemo is no picnic, but Dr. Berlin and Jayme have gone out of their way to make it the best it can be. I have grown quite fond of my team. They have obviously made it their priority to encourage and take the utmost care of me.

I got the idea for my song “Is It Already Time” as I started my treatments and began to realize just how serious things were. I had been studying stats for interviews I was being asked to do and did not like what I was learning. I asked myself the question literally. Is it already time? So soon?

The song is an abbreviated version of my experience starting with the first line, “We’ll know something Thursday.” That was the day I discovered I had cancer and we ran more tests to find out the extent of it. I learned a short time later I was Stage IV. I wrote most of the song during my chemo treatments and when I would walk my dog Jack.

I made it one year almost exactly, and we discovered more cancer. This time it was in my lymph nodes. Again Dr. Merchant and Dr. Berlin designed a plan of attack, using chemo before surgery to shrink the tumors. They were successful again, thank God. I have recently taken tests and am currently still cancer free!

I have done enough research to know how fortunate I am. Stage IV colon cancer is a very serious diagnosis. I believe I am a walking, talking miracle. I am convinced had it not been for my God, my friends, and my specific team of doctors and nurses at the Vanderbilt-Ingram Cancer Center, that I would not be here. I am very thankful.

I have done a lot of wondering as to why this happened to me, and why my life was spared. I think (and hope) I’ve found an answer. I keep remembering a cancer patient Dr. Berlin told me about who had lived eight years, and had nearly the same diagnosis as I had. I think about how much hope that gave me at a time I really needed it. I’m hoping maybe, just maybe, my story might give someone else that same hope.

Since I wrote “Is It Already Time,” I have gotten so much better. I have decided I don’t want to write like that anymore. I want to offer hope, live thankfully, and try to find some happiness somewhere.