Signing up as the first person to test a new cancer drug had never crossed Debbie Grider’s mind, even though she knew she might be at risk for breast cancer. Her mother, sisters and several aunts on her father’s side of the family had already been diagnosed years earlier. The 61-year-old Hendersonville, Tenn., wife, mother and avid seamstress maintained an upbeat attitude and had been diligent about getting yearly mammograms, often followed by ultrasound tests. Year after year the tests were negative.

In late 2011, Grider found a lump in her left breast. She happened to be working as an administrative assistant for a group of Vanderbilt oncologists in the Division of Hematology and Oncology, so she immediately called Ingrid Mayer, M.D., assistant professor of Medicine and clinical director of the Breast Cancer Program at Vanderbilt-Ingram Cancer Center (VICC), who referred her to the Vanderbilt Breast Center for further testing. Once again, the mammogram and ultrasound were inconclusive, but Grider is grateful the VICC radiologist followed “her gut feeling” and ordered a biopsy, which confirmed cancer.

Grider underwent a bilateral mastectomy, and X-rays and tests on the tumor tissue revealed a shocking diagnosis—Stage IV breast cancer—which means the cancer had been growing for some time.

In her case, the cancer had already spread from the breast into her bones.

Young cancer researchers at Vanderbilt-Ingram Cancer Center have a new champion in the Brock family.

Since the tumor was estrogen receptor positive (ER+), meaning the hormone estrogen was helping fuel the cancer, Mayer prescribed Femara (letrozole), an oral medication that works to eliminate the production of estrogen. The drug kept the cancer at bay for a year, but, as happens all too often, the drug eventually stopped working.

So Mayer recommended that Grider enter a clinical trial for a new targeted drug that inhibits estrogen in a different way. Mayer is leading the Phase I trial of a novel estrogen receptor antagonist, in conjunction with investigators at Memorial Sloan-Kettering Cancer Center and Massachusetts General Hospital. Grider was the first person to try the new drug known simply as ARN-810 because it doesn’t yet have a commercial name.

“Honestly, I wanted to find a cure for me. Then I thought, ‘I have three daughters, three granddaughters and a grandson and males get breast cancer just like females …and if I can take something that down the road may help them maybe find a cure or a better way to treat this disease, why not? Why not me?’”

The drug is an oral medication, so Grider takes two pills every morning. Side effects have included fatigue, nausea, hot flashes and moodiness. Eventually, she stopped working to cope with the fatigue, but the other side effects have been manageable. After nearly a year, CT scans confirm her cancer has remained stable.

“You just don’t know what to expect because no one had ever taken it before, so you didn’t have a lot to go on,” said Grider. “I felt very fortunate that I could try something that hadn’t been tried before, a little bit scared because it hadn’t been tried…it hasn’t been as bad as I thought it might be with it being a new drug. We have had good success.”

The days of one-size-fits-all cancer therapy are gone. Today, patients may receive a well-established chemotherapy, plus another treatment designed to attack a specific molecule or target in their cancer. Treatment might start with a targeted therapy, often in pill form, or a combination of treatments that may include no chemotherapy.

VICC is increasingly in the forefront of efforts to bring new therapies to patients through drug discovery, genomic testing and clinical research trials. 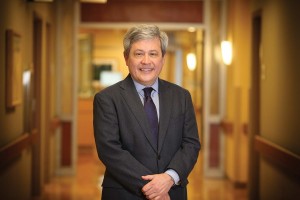 Arteaga has been named director of VICC’s new Center for Cancer Targeted Therapies (CCTT), which is designed to add resources and integrate efforts to develop and test new drugs.

“The Center will focus on early phase trials with drugs that are ready to be used in patients but that still have to go through a process of vetting where they are deemed to be safe as single agents or in combinations. These trials are to make sure that the drugs are doing what they are supposed to do, that is hit their target,” explained Arteaga.

VICC already has an established Phase I clinical trials program led by director Jordan Berlin, M.D., who also serves as director of the Gastrointestinal Oncology Program. Phase I trials are the first step in testing new drugs in humans, determining safety and an optimal dose.

The CCTT, in concert with the Phase I program, the VICC Personalized Cancer Medicine Initiative, and the Vanderbilt University Institute of Imaging Sciences, will be active in the entire process of early phase trials—testing drugs to see if they deliver an early signal of clinical activity. Based on those results, the drugs may get a “go” or “no-go” to proceed on the path to approval. These trials may also identify a molecular biomarker that can be used to select patients who are most likely to benefit from a new drug based on gene mutations or other markers in their tumor.

“The identification of predictive biomarkers can allow us to select patients in a smart way and, in turn, do trials more efficiently,” said Arteaga. “If we can select those patients with good odds of response to the new treatment, we should be able to find sooner rather than later whether the new therapy is worth pursuing.”

Debbie Grider was eligible for a clinical research trial of a new targeted therapy because VICC routinely tests many patients for the presence of hormone receptors or gene mutations in tumors to determine what is driving the cancer’s growth. Determining what is happening at the molecular level in each patient’s tumor is the first step in matching the patient to the right therapy.

“For a long time in the history of cancer treatment, we have appreciated that drugs work in some patients and not in others. In the last decade or so, we have begun to figure out why, because of the ability in real time to look at the genetic makeup of these tumors,” explained William Pao, M.D., Ph.D., who is now Global Head of the Oncology Disease and Translational Area in the Oncology Division of Pharmaceutical Research and Early Development at Roche and an adjunct VICC member.

Pao and colleagues at Vanderbilt and other major cancer centers have used new gene sequencing technology to identify genetic changes that are driving specific forms of cancer.

“The most dramatic findings have been mostly among lung cancer and melanoma. In melanoma two new drugs have been approved for use in patients with a specific marker in a gene called BRAF V600E where we know that it has more than doubled survival compared to chemotherapy,” said Pao. 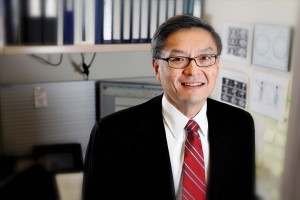 More than half of all patients with melanoma—the most deadly form of skin cancer—harbor this BRAF V600E tumor mutation, so identifying patients with the mutation and matching them to a therapy that targets BRAF has been a remarkable scientific breakthrough.

“Similarly in lung cancer, there are subsets of cancers defined by mutations in genes such as EGFR or ALK or an increasing number of other so-called actionable markers that are treated potentially better with targeted therapy than chemotherapy,” said Pao.

The EGFR and ALK gene mutations are present in only a small percentage of lung cancer patients. It is crucial to identify those patients so they are not treated with a therapy that is unlikely to work. Through the Personalized Cancer Medicine Initiative, VICC has now tested tumor samples from nearly 3,300 cancer patients to search for known mutations and match those patients to existing therapies that target these gene alterations. A majority of drugs being developed by pharmaceutical companies and tested in early clinical trials are targeted to these gene mutations.

Getting new drugs tested and approved by the U.S. Food and Drug Administration (FDA) has traditionally taken years because drugs were tested on a wide range of patients with a specific form of cancer. A drug could be considered a failure even if it worked well for a small subset of patients. Further, if that subset of patients is not identified, they may be missed altogether and not enrolled in those early trials.

“This has resulted, more than occasionally, in wasted time for patients and clinical investigators as well as not the most efficient use of money and resources for drug companies and taxpayers,” said Arteaga.

Now that cancer investigators realize those subsets of patients who respond may have an alteration in their tumor DNA that makes them particularly vulnerable to a particular drug, many clinical trials, like those in the CCTT, are being focused on patients who have those gene mutations.

“We believe this should speed up the drug approval process and make effective new drugs available to patients sooner,” said Arteaga.

As more and more genetic mutations are identified and large numbers of patients are enrolled in clinical trials, cancer investigators are generating massive amounts of data. They must use those data to make informed decisions about which potential therapies are likely to work.

Those decisions must be based on valid statistical assumptions, which is why there is a growing need for biostatisticians and bioinformaticians who understand those complicated mathematical problems.

Researchers must add factors like age, gender and race to the numerical mix and then use that statistical model to help make the best decision about what treatment and what dose will maximize the benefit in patients.

“We are using computational biology to help the doctor make the optimal decision for the patient. This is behind the scenes—behind the curtain,” said Shyr.

In recent years, Shyr has led workshops on biostatistics for the FDA and in 2009 they invited him to serve a six-year term on a drug approval panel—the Anti-Infective Drugs Advisory Committee of the U.S. Food and Drug Administration.

Shyr said the FDA has now opened the curtain on the drug approval process and panelists make their calculations and register their votes in a public forum. Serving as a reviewer for new drugs can be emotionally challenging.

“You will see the patient or the patient’s family with tears standing in front of you and they ask you to vote to approve this product,” said Shyr.

It’s Shyr’s job to make sure that the decision is based on valid science presented by the pharmaceutical companies.

“I listen to what the pharmaceutical companies say and I also listen to the agent from the FDA, then I will do the live calculations based on all the information and I will come out with my final statistical result. Most of the time, I will explain to the whole panel why I voted yes or no. To me that is very interesting because you can see the biostatistician’s contribution,” explained Shyr.

From beginning to end, the drug approval process depends on patients who agree to genetic testing of their cancer and who enroll in investigative clinical trials. Arteaga said caring for those patients is a big responsibility as well as a privilege.

“They are an essential part of this process of drug approval and we cherish and are honored by their trust and their participation.”

For Debbie Grider, the experience has been deeply satisfying.

“It’s scary and kind of exciting at the same time when you think you are testing new drugs that aren’t on the market. But you think, well somebody had to be the first or we wouldn’t have all the drugs we have now. Somebody had to take that step,” said Grider.