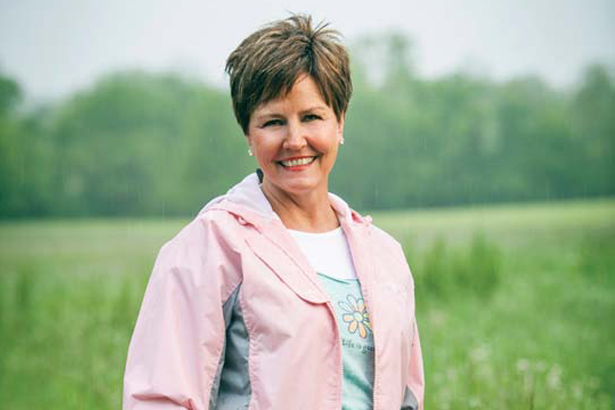 Kim Brewer cried, calling it “a blessing” when she crossed the finish line of a recent 5K race in Columbia, Tenn. Her tears were a mark of triumph and an acknowledgement of the long climb back from bladder cancer and the intensive surgery needed to reconstruct her urinary system.

One year earlier, Brewer, now 57, was coping with the tough physical after-effects of losing her bladder—the hollow organ in the lower abdomen that stores urine—including months of chemotherapy, a near daylong surgery to remove the organ, and the challenges of learning how to cope with a newly-fashioned urinary system. The woman who previously worked at the local YMCA showing new members how to use exercise equipment was feeling weak and overwhelmed.

She also made a second promise.

“I set a goal saying, ‘I want myself and my body back so once I get to feeling better I am going to do a 5K’,” Brewer vowed.

During Columbia’s annual Mule Day festivities, and with the help of her husband, Tom, Brewer climbed the steep hills of the 5K course and fulfilled that promise, marking a new milestone in her journey with bladder cancer.

More than 72,000 individuals will be diagnosed with bladder cancer in the United States in 2013 with an anticipated 15,210 deaths, according to the American Cancer Society. The disease is three times more common among men and most patients are diagnosed at age 70 or older.

Bladder cancer is far more likely to recur than many other types of cancer, so patients whose initial tumors have been removed must be screened regularly. In follow-up, they face repeated diagnostic procedures and treatments. Many of these operations can be performed endoscopically using the kind of minimally-invasive surgery for which Vanderbilt-Ingram Cancer Center (VICC) urologic surgeons are renowned.

Two urologic surgeons at Vanderbilt-Ingram Cancer Center are among a leading group of cancer physicians using an innovative new imaging agent and blue light system to “light up” cancerous cells inside the bladder.

But the fact that bladder cancer often recurs and requires lifelong surveillance with repeated treatments makes the disease the most expensive cancer to treat.

“During the patient’s lifetime, at least half of the noninvasive tumors will recur, prompting additional surgery and often intravesical therapies,” explained Michael Cookson, M.D., Patricia and Rodes Hart Professor of Urologic Surgery at VICC. “Since many of these tumors recur but do not progress and are not lethal, patients live long lives but have to undergo a lot of procedures to keep their tumors from worsening or becoming symptomatic.”

That’s what happened to Brewer. On her 50th birthday she noticed that her urine looked odd. She headed straight to her physician’s office where the doctor discovered a mass in the bladder. It wasn’t the birthday gift Brewer was expecting, but the cancer was early stage and confined to the bladder so a local surgeon removed the tumor and she underwent a few weeks of additional treatment.

For the next five years, Brewer underwent regular screenings, and eventually the cancer came roaring back. This time it was stage III and had invaded the walls of her bladder, so her doctor sent her to VICC which is one of the highest-volume bladder cancer treatment centers in the United States.

“It is clearly our goal to retain the bladder as often as we can,” explained Joseph A. Smith Jr., M.D., professor and chair of the Department of Urologic Surgery. “On the other hand, when bladder removal is required it can be an extremely effective curative method and doing that in a manner that has the least morbidity and quality of life implication is essential. We’ve been national leaders in those areas.”

Sam S. Chang, M.D., professor of Urologic Surgery, told Brewer that her bladder couldn’t be saved and after months of chemotherapy she would face hard choices. When the bladder is removed surgeons must provide alternative methods for patients to safely and efficiently store and drain urine.

Many patients choose an ostomy—a surgical procedure which creates an opening through the abdomen. Surgeons attach the ureters—drainage tubes from the kidneys—to a portion of the intestine that is brought through an opening in the abdomen.

The urine is collected in a bag worn outside the body under the patient’s clothing and must be emptied several times a day.

Chang said the newest ostomy bags are well-hidden and unnoticeable beneath clothing and patients can often wear their shirts tucked in.

Another alternative is a neobladder, “which is created out of intestine in the shape of a bladder that we hook up to your plumbing. You wear no bag and there’s nothing to pass through a tube because you’re urinating normally.”

The neobladder procedure is more complicated, according to Chang, “but it’s something that we do probably 35 to 40 percent of the time.”

Brewer chose a less common option—a continent cutaneous pouch. Using a piece of intestine, Chang created a new internal intestinal pouch which holds the urine, then rerouted the “plumbing” system so the urine can be emptied through a small stoma in the abdomen. There is no external storage bag, so Brewer empties urine through the stoma every few hours. The stoma is covered by a small piece of gauze and tape. Chang said this is a more difficult form of surgery and there are more risks for infections and kidney stones.

So far, Brewer said those risks have been balanced with her desire to maintain an active lifestyle.

“I can swim, take showers, baths, there’s no restriction.”

“When I ran that race, I had no problems, no leakage or anything,” she explained.

Perhaps the biggest surprise for Brewer was the discovery that her smoking history may have increased her risk of developing bladder cancer. For years, Brewer had tried to keep her smoking separate from the rest of her life.

Like many other bladder cancer patients, Brewer, who has since quit smoking, had no idea that smoking is a major risk factor for the disease.

“Other than lung cancer, the association between bladder cancer and cigarette smoking is probably the strongest for any cancer,” according to Smith, who said more patients need to know about the link.

Smoking cessation is a key aspect of bladder cancer treatment and Smith, who is the William L. Bray Professor of Urology, said “the impact of that is fairly substantial even in a short period of time.”

Exposure to certain chemicals can also contribute to bladder cancer, and Chattanooga businessman Bill Ramsey, who owns a trucking firm, believes his years working around trucking and mining equipment and various fuels may have contributed to his risk for the disease.

Ramsey noticed blood in his urine a few months prior to surgery to repair a heart valve and it was his heart surgeon who suggested that the blood was a probable symptom of bladder cancer. A urologist confirmed the cancer. The initial tumor was still localized and treatable, so it was removed. But the Chattanooga physician discovered a different type of cancer—carcinoma in situ— had invaded the walls of the bladder. 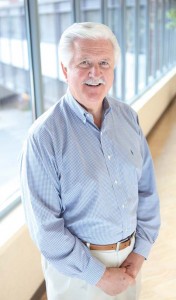 After a bladder cancer diagnosis, Bill Ramsey wasn’t ready to have his bladder removed. He came to VICC to try an experimental medication that so far has the cancer under control. Photo by Susan Urmy.

Ramsey received several rounds of medication but the cancer was resistant to the therapy and the physician told him the bladder would have to be removed.

Ramsey, 71, wasn’t ready to lose his bladder and after investigating several top cancer centers, he chose VICC for his treatment.

So far, the initial therapy has been successful.

Once a month, Ramsey travels to VICC for the experimental bladder treatments. The medication is delivered directly into his bladder and he spends about two hours lying in different positions as the medication shifts inside the bladder. So far, the treatment appears to be keeping the cancer at bay.

“I still have it in there now…it’s benign and …it’s just like a tiger that is tamed, so we’re going to keep it tamed,” he said.

Ramsey believes he made the right decision to come to Vanderbilt with wife Sue saying, “It didn’t just happen, it was meant to be, a God thing.”

Both Ramsey and Brewer said their VICC health care teams provided the support and reassurance needed to undergo such life-altering procedures.

“I had the most awesome doctors to carry me through this. We’ve been blessed,” said Brewer.