The Evolution of Aspirin 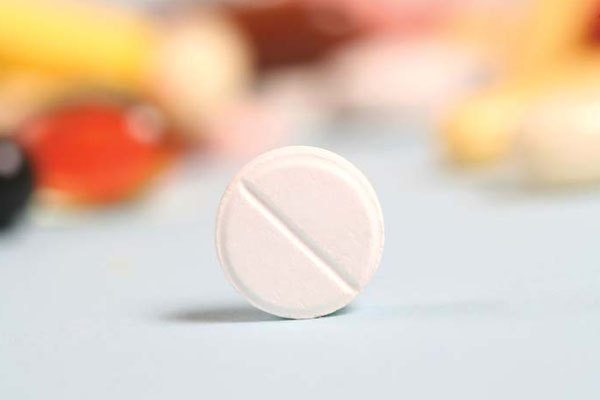 A cancer cell is an evolutionary marvel, built for survival—and speed.

Born of genes gone bad, it hijacks normal parts of its environment to survive and divide until it is not one, but many cells, a mushroom cloud of danger called a tumor.

Sporting camouflage when it travels, a cancer cell can hide from the body’s “security detail”— white blood cells—which otherwise would pick it out of a crowd and kill it.

Cells shed by tumors will roll, ride and swim their way through the circulation, the rivers of life, setting up shop in distant corners of their universe, evading detection, sprouting new cancers, threatening the very environment they depend upon.

Scientists have developed a battery of weapons to thwart malignancies, with varying degrees of success. One of the most effective pharmaceuticals is also one of the oldest—aspirin.

In surprising and marvelous ways, this remedy for pain and inflammation is helping modern-day researchers unlock the mystery of abnormal growth.

“Low-dose aspirin, 81 milligrams a day in the United States, prevents mortality and metastasis from cancer,” says Vanderbilt’s John Oates, M.D., who helped define the molecular basis for aspirin’s effects. Metastasis is the spread of cancer to other parts of the body.

“This is most striking in adenocarcinomas (tumors arising from glandular tissue), particularly the colon and the lung, which are some of the most malignant and difficult to treat,” says Oates, the Thomas F. Frist Professor of Medicine. “The studies are definitive because they are controlled clinical trials.” 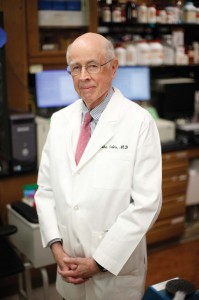 Does that mean that everyone should take low-dose aspirin, especially if they are at risk of developing cancer? That depends.

Well known are the risks that regular aspirin use will increase the likelihood of bleeding in the gastrointestinal tract and the brain, in the form of cerebral hemorrhage.

“Until the results of those evaluations become available, my current thought is that smokers over age 40 or people who are at high risk of cancers of the colon or esophagus ought to be on low-dose aspirin,” Oates says. “But that’s a personal opinion.”

Part of the answer may come from a “poly pill” trial planned by the Southern Community Cohort Study (SCCS).

Supported by the National Cancer Institute, the SCCS is led by scientists from Vanderbilt, Meharry Medical College and the International Epidemiology Institute in Rockville, Maryland. They are studying cancer health disparities among 85,000 adults served by community health centers throughout the South, many of whom are low-income African-Americans.

The poly pill trial would involve providing a pill with several medications (including a cholesterol-lowering statin, three blood pressure drugs and possibly a low-dose aspirin) to a large group of nearly 10,000 adults over age 50 for up to five years.

To test the feasibility of such a large-scale effort, a poly pill pilot study is about to begin among 300 SCCS participants who receive health services at a community health center in Mobile, Alabama. Half would be randomly assigned to receive the poly pill and half to receive usual care. Participants will be followed for a year during which time the logistics of pill delivery, compliance with pill use, and safety and some short-term benefits, like a drop in blood pressure and cholesterol, would be assessed.

While the poly pill pilot study is funded by the American Heart Association, the potential impact on cancer—which, like heart disease, strikes low-income people disproportionately—also will be examined in the larger trial.

“If it works, it could really benefit this population,” said William Blot, Ph.D., SCCS principal investigator and professor of Medicine at Vanderbilt. “From a broad, population-based perspective, an efficacious poly pill could reduce the burden of disease while at the same time lowering health expenditures.”

Of pain and platelets

The story of aspirin goes back more than 3,500 years. The ancient Egyptian Ebers Papyrus refers to the use of an extract of willow bark to treat pain and fever. By the early 1800s, the active ingredient had been identified as salicylic acid.

In 1897, German chemist Felix Hoffmann added an acetyl group to the compound in an effort to make it taste better to his father, who was taking it for pain.

“It didn’t taste that much better but it was a better drug,” says Lawrence Marnett, Ph.D., Mary Geddes Stahlman Professor of Cancer Research, associate vice chancellor for Research and director of the Vanderbilt Institute of Chemical Biology.

What did Hoffman’s employer, Bayer, name the new drug? Why, aspirin, of course. 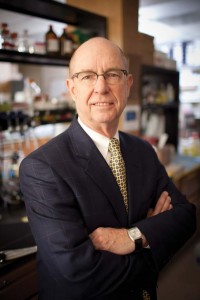 At first sold by prescription only, aspirin became available over the counter in 1915. It launched what is widely considered to be the modern pharmaceutical industry.

Twenty years later, in 1991, a second COX enzyme was discovered.

What came to be known as COX-2 is expressed in stimulated inflammatory cells but not in the stomach, whereas COX-1 is found in the stomach and other tissues, and in platelets (blood cells involved in coagulation).

These differences in expression help explain the varied roles that COX-1 and COX-2 play in inflammation, heart disease and cancer.

Because aspirin and other NSAIDs block both enzymes, the race was on to develop selective COX-2 inhibitors, like Vioxx and Celebrex, which could reduce inflammation without disturbing the stomach.

Vioxx would later be pulled from the market due to concerns that long-term use increased the risk of heart attack and stroke due to inhibition of COX-2 in blood vessel walls. But inhibition of platelet COX-1 has a cardioprotective effect.

This work provided a basis for clinical trials utilizing low doses of aspirin that demonstrated a reduced risk of clot-induced heart attacks.

For a cancer cell to set up shop in a faraway outpost, it must pull away from home, the primary tumor, get into the bloodstream, evade detection by immune cells, and then, once it’s reached its destination, leave the bloodstream and climb back into tissue.

“It’s a low probability event but … it only takes one cell,” Marnett says. “You’ve probably got a lot of tumor cells being ‘shed’ (by primary tumor) all the time … Low probability events happen if you’ve got large enough numbers.”

Turns out, cancer cells can better their odds of success by recruiting platelets to help them.

“Platelets adhere to cancer cells when they’re released into the circulation,” Oates explained. “Not only does this help disguise cancer cells from immune detection, but the platelets also can make the cells ‘more malignant.’” Low-dose aspirin seems to prevent this from happening.

In 1994, a Vanderbilt team led by Ray DuBois, M.D., Ph.D., discovered that tumors of the colon expressed COX-2. That discovery provided the rationale for clinical trials demonstrating that anti-inflammatory drugs that block COX-2 prevent colon cancer.

A product of COX-2, prostaglandin E2 has been shown to promote tumor growth and metastasis. Here again, platelets are involved.

The prevailing view of low-dose aspirin has been that it blocks platelet COX-1 almost completely but has no effect on the COX enzyme expressed in other tissues.

They also reported that aspirin directly inhibits COX-2 in lung and colon adenocarcinoma cells “with a potency as great as or greater than that for COX-1 in platelets.” They then demonstrated that low-dose aspirin decreases biosynthesis of prostaglandin E2 by 45 percent in humans.

These results suggest that the ability of low-dose aspirin to prevent adenocarcinoma mortality and metastasis may result from its inhibition of both COX-1 in platelets and COX-2-driven prostaglandin E2 biosynthesis in tumor cells, they concluded.

Their paper was presented by Massion at the American Association of Cancer Research (AACR) International Conference in Cancer Prevention Research in October 2014.

The inhibition of prostaglandin E2 production together with total inhibition of platelet COX-1 should be additive in preventing metastasis, Oates said.

They may account for the remarkable effects reported in 2012 by a British team led by Oxford University’s Peter Rothwell, M.D., Ph.D.,—like an 87-percent reduction in metastasis risk in patients who developed colon cancer while taking aspirin.

There are some important caveats. It’s not known, for example, what effect aspirin will have if the patient starts taking it at the time a tumor is diagnosed. “Micro-metastases you can’t see on X-ray or CT scans may already be doing their dirty work,” Oates said.

Patients over age 60 who are at risk of gastrointestinal bleeding may need to take drugs like Nexium or Prilosec to reduce production of gastric acid along with aspirin, he said.

“A key thing is to know whether a tumor actually expresses COX-2,” Marnett said. One study found that while COX-2 inhibition doubled the lifespan of patients with late-stage lung tumors that expressed COX-2, those whose tumors didn’t express the enzyme did worse.

At the same time, the research must continue, Oates says. Although much has been discovered about cancer’s evolutionary drive to survive and thrive, “all we know are some of the factors that propel the risk.”