Successes and Challenges in Prostate Cancer 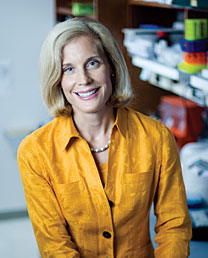 The nearly 100 percent five-year survival rate for localized prostate cancer is one of the great success stories in the field. But when a man is told he has prostate cancer, it quickly becomes clear just how frightening and confusing that diagnosis can be.

Fortunately, there are many treatment options. But for early stage, localized prostate cancer, we don’t know yet which tumors require aggressive treatment and which tumors are slow-growing and unlikely to spread.

In most cases, we can rely on regular monitoring of the cancer – a process known as “active surveillance.” The risk with that decision is delaying treatment of a cancer that is more aggressive than initially suspected.

These treatments also carry varying degrees of risk, including incontinence and sexual dysfunction that can seriously affect a man’s quality of life. Surgery is the most common choice – and the outcomes depend greatly on the skill of the surgeon. Vanderbilt surgeons are some of the most experienced and skilled in the world at performing these prostate surgeries – totaling more than 1,000 surgeries per year, 90 percent of which are robotic.

The problem is that, right now, we can’t tell which patients with early stage, localized disease will benefit most from a given treatment. But researchers at Vanderbilt-Ingram are now conducting a large study that will help guide more accurate decision-making for each patient. With the results of the study, we hope to develop tools that will help a man weigh his options and make the choice that’s best for him.

As a scientist and cancer center director, I look forward to helping make the decision easier for all men facing this diagnosis. A mother of a young son, I am hopeful that he won’t have to worry about prostate cancer in his future. But even if we haven’t figured out how to prevent the disease, at least he’ll have the information he needs to make the right treatment choice for himself and his family.