When a new coronavirus began infecting people in China, then spread rapidly across Europe and became a global pandemic, Vanderbilt researchers provided international leadership for assessing its impact on cancer patients.

Jeremy Warner, MD, MS, and Leora Horn, MD, MSc, worried about the potential and unique threats that COVID-19, the mysterious disease caused by the virus, presented for people with cancer. They consulted with physicians they knew from Italy, Spain and other nations on the frontlines of the infection wave and began early collaborations to collect data on deaths, recoveries and complications.

Their quick response, which began as email and Twitter exchanges, resulted in the formation of the CCC19 consortium and the TERAVOLT consortium. The initiatives produced the first large-scale data on COVID-19 outcomes among cancer patients, providing oncologists and other clinicians guidance on treatment decisions.

Warner, associate professor of Medicine and Biomedical Informatics, utilized REDCap for the COVID-19 and Cancer Consortium (CCC19) to rapidly collect data. A parallel initiative, the TERAVOLT consortium co-founded by Horn, Ingram Associate Professor of Cancer Research, has a more specific objective with REDCap, focusing on people with lung and other thoracic cancers affected by COVID-19. REDCap is a web-based platform developed at Vanderbilt with secure applications specifically designed for research studies and operations.

Participants of CCC19 include members of the European Society of Medical Oncology (ESMO), institutions that are National Cancer Institute-Designated Cancer Centers, researchers from several nations as well as community-based oncologists within the United States.

People with cancer sickened by COVID-19 have a death rate of 13 to 16%, according to a series of data released from a multinational perspective. The first data on more than 900 patients, published May 28 in The Lancet and simultaneously presented at ASCO20 Virtual, also revealed cancer-specific factors associated with increased mortality.

“This all started on Twitter with exchanges between oncologists and cancer researchers, and it was very informal in the beginning,” Warner said. “We worked backward to formalize it and started with five founding institutional members.”

Jeremy Warner, MD, MS, collects data
as part of an effort to understand the unique effects the coronavirus has on cancer patients. Photo by Susan Urmy.

Warner set up the REDCap-based survey.

“It’s a clinically oriented survey that is split into three big sections,” he said. “One section is questions about a patient’s baseline clinical status, predisposing conditions and medications. Then, there is a section on the COVID-19 diagnosis, the illness, the complications and the outcomes. Then, there is a form dedicated to the patient’s cancer details. When was their diagnosis? What is their current cancer status? Are they on treatment? Are they responding to treatment? Are they in remission? Those are the core of the questions.”

More than 120 institutions in the United States, Canada and Mexico have signed up to participate. ESMO is coordinating efforts in Europe.

“We have sort of divided the world between us and ESMO in terms of outreach and gathering data,” said Brian Rini, MD, Ingram Professor of Cancer Research and Chief of Clinical Trials at VICC.

“We have been working with a few countries that have adapted the survey into their native languages,” Warner said. “We continue work to make the survey more widely available.”

The information reported in The Lancet and released at ASCO20 Virtual was the first report from CCC19.

“People with cancer face a great deal of uncertainty in the era of COVID-19, including whether the balance of risks and benefits in the treatment of cancer has shifted in some fundamental way,” said Warner, the corresponding author for the study. “The death rate for this group of patients as a whole was 13%, more than twice that reported for all patients with COVID-19 (by the Johns Hopkins Center for Systems Science and Engineering). Certain subgroups, such as patients with active (measurable) cancer and those with an impaired performance status, fared much, much worse.”

The data in this first report from CCC19 was gathered from 928 patients in Spain, Canada and the United States.

“CCC19 has been a massive effort to accumulate clinically-relevant data on a large number of patients with COVID-19 infection,” said Rini, one of the study’s three senior authors. “This initial report defines some of the major risk factors and outcomes for certain patient subsets, and several other CCC19 projects are ongoing to further expand this knowledge with the goal to inform cancer patients and providers.”

Yu Shyr, PhD, the Harold L. Moses Professor of Cancer Research and chair of the Department of Biostatistics at Vanderbilt, is one of the lead authors of the study.

These early data showed no statistical association between 30-day mortality and cancer treatments, suggesting that surgery, adjuvant chemotherapy and maintenance chemotherapy could continue during the pandemic with “extreme caution.”

The cancer-specific factors associated with increased mortality included having an ECOG performance status of two or worse. ECOG is a grading scale for measuring how cancer impacts a patient’s daily living abilities.

Another factor associated with increased mortality was an active cancer status, particularly progressive cancer. The mortality risk also increased with the number of comorbidities, such as hypertension or diabetes, particularly with two or more comorbidities. As is the case with the non-cancer population, mortality increased with age. A second set of data on 2,186 U.S. adults from CCC19 published July 22 in Cancer Discovery revealed a racial disparity in access to remdesivir, an antiviral drug that has been shown to shorten hospital stays, and increased mortality for cancer patients associated with dexamethasone, a steroid that had the opposite effect in the general patient population. Black patients were half as likely to receive remdesivir as white patients.

“It appears that Black patients were underrepresented in the clinical trials of remdesivir, likely due to reasons other than purely clinical factors,” Warner said. “The unfortunate conclusion is that racial disparities in access to clinical trials continue to exist, and one of our recommendations is that the necessary steps to address such disparities need to be accelerated, especially given that Black patients and other people of color appear to be taking the brunt of the COVID-19 pandemic.”

The second set of data had a higher mortality rate of 16%, compared to 13% in the first study, due to an extended follow-up period.

Data from TERAVOLT (Thoracic cancERs InterAtional coVid 19 cOLlobaraTion), the global consortium that tracks outcomes of people with thoracic cancers affected by COVID-19, offered clues as to why they experienced a high death rate of 33% when the coronavirus swept across Europe.

While the majority of those who died were hospitalized, only 9% were admitted to intensive care units, according to the study published June 12 in The Lancet Oncology. Most died from complications of COVID-19, not the progression of cancer.

“Just having a lung cancer diagnosis in and of itself shouldn’t exclude patients from care,” said Horn, a senior author of the study. 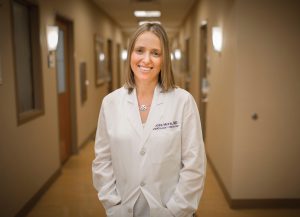 The study in The Lancet Oncology is based on the first 200 patients for which TERAVOLT received outcomes data. Of the 152 hospitalized patients, 134 or 88%, met the criteria for ICU admission, but only 13 of those patients were admitted to an ICU. Only five were mechanically ventilated.

Most of the patients were hospitalized in Italy, France and Spain, which were “particularly hard hit” by the pandemic, the study noted. The study’s lead author, Marina Garassino, MD, of the National Cancer Institute of Milan, Italy, initiated the idea for the registry, which led to the TERAVOLT consortium.

“We tried to capture the reasons for the lack of ICU admission,” the authors noted in the study. “Difficult decisions were made limiting ICU admissions to cancer patients and others with terminal illness due to equipment and personnel shortages. However, we are aware that behind these choices there may also be patients’ decisions, cultural and institutional choices that our work is unable to properly capture.”

“Not all lung cancer patients are at risk for hospitalization,” Horn said.

Initial data indicated that patients on tyrosine kinase inhibitors appeared to be at decreased risk for hospital admission. This remained true when Horn presented updated data from the TERAVOLT registry at ASCO20 Virtual, the annual meeting of the American Society of Clinical Oncology. The data presented at the ASCO meeting were based on those first 200 patients in The Lancet Oncology study, plus an additional 200, including patients from the United States.

In The Lancet Oncology paper, the authors noted it remains unclear if intubation and more aggressive care could improve survival for people with thoracic cancers sickened by COVID-19, but the integration of patients’ preferences could provide guidance for clinicians while uncertainty is high.

The TERAVOLT registry is an ongoing longitudinal study. Data collected from consortium participants across the globe are entered on a REDCap database hosted by Vanderbilt.

The origin of the TERAVOLT consortium began with an email from Garassino, who specializes in lung cancer and other thoracic cancers.

“Marina Garassino sent an email to a number of oncologists about COVID-19 and what was happening in Italy,” Horn said. “In that email, she said that it was terrible, that it is a war and that we needed to collect data and survivor outcomes, not only to see what is happening with patients but with delays to their therapies. At the time, we were preparing for COVID-19 here, but there were not that many cases in Nashville.

Within three days, a database had been built, and within a week, data collection began.

“I offered, in collaboration with Jennifer Whisenant, (PhD, research assistant professor of Medicine at VUMC), to develop the database and Vanderbilt could host it on REDCap. We sent out an email asking about 75 oncologists to join, and we have since had interest from more than 200 cancer centers in more than 22 countries.

“This started as a small project among friends emailing one another as we were concerned about our patients. It’s been amazing to watch the lung cancer community come together globally to help our patients,” Horn said.