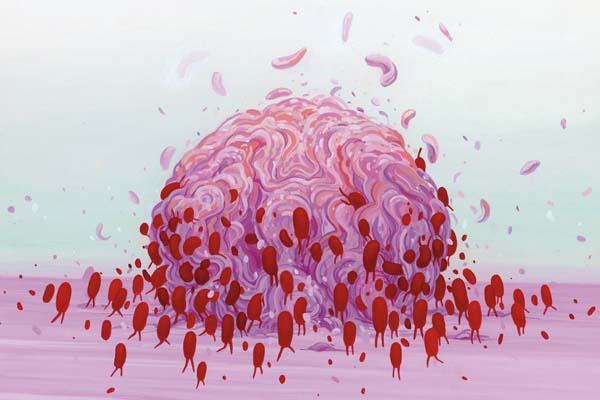 Patients with stage IV small cell lung cancer lived longer when given the immunotherapy atezolizumab with chemotherapy, setting the stage for what could become the first new treatment approved in decades for this particularly aggressive form of lung cancer.

Results of the study published recently in the New England Journal of Medicine showed that patients who got atezolizumab in addition to standard chemotherapy lived two months longer than those treated with chemotherapy alone.

“It is actually the first positive study in small cell lung cancer — for a first line treatment — in three decades. There hasn’t really been a significant change in practice patterns with platinum and etoposide being standard of care. This trial is exciting because it is the first time where we have achieved better patient outcomes with something other than chemotherapy.” 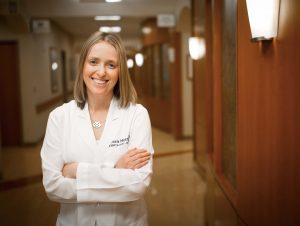 Results of the study were announced during the World Conference on Lung Cancer in Toronto Sept. 23-26, 2018. In the randomized trial, 201 patients were given atezolizumab with standard chemotherapy treatment while 202 patients received placebo with chemotherapy.

The global trial was supported by F. Hoffman-La Roche/Genentech, a member of the Roche Group. The pharmaceutical company is the maker of atezolizumab, which received approval as a treatment for another type of lung cancer, non-small cell lung cancer, from the U.S. Food and Drug Administration (FDA) in October 2016.

“What’s interesting about immunotherapy drugs is it is the first time that we have seen a single class of drugs transcend so many different tumor types,” Horn said. “They are already FDA approved in melanoma, in non-small cell lung cancer, in lymphoma, in kidney cancer, in head and neck cancer and in bladder cancer. Now, we can hopefully add small cell lung cancer to that list. It is not yet FDA approved, but I would anticipate regulatory approval because this is a positive study and it is practice changing for these patients.”

Given the success in advanced-stage disease, there are similar ongoing trials with other checkpoint inhibitors for patients with stage II and stage III small cell lung cancer.

“There is a study with a different company that we are going to be participating in that is going to take people who have earlier-stage disease that can be curable with chemotherapy and radiation, because small cell lung cancer tends not to be an operative disease,” Horn said.